The long talks aimed at the EU to adopt the negotiating framework for Albania as soon as possible, to move forward with enlargement, and to have no excuses to further hold Albania hostage to a conflict completely outside it, which is not related to it, and it is not known when it will be resolved.

The meetings underlined the importance that Albania gives to Slovakia, confirmed the very good relations between Slovakia and Albania. It was emphasized that Slovakia has been and is in favor of Albania, in particular, on its path to the EU.

Full readiness was noted for making available the past Slovak experience for EU integration, according to the needs of Albania. Slovakia expressed its readiness to share its experience with Albania.

The talks noted that there is room for positive developments for the holding of the first Intergovernmental Conference by the end of 2021. Albania should insist during the Slovenian presidency, which has its high priority of enlargement.

Albania will rely on the Slovenian presidency as well as Slovakia, which will give its support. It is hoped that it makes no sense to continue this situation if there is no solution for a few months. Enlargement must continue and it is hoped that by the end of the year the EU will be able to open the First Intergovernmental Conference. He congratulated the Slovak hosts on the "new era of democracy", referring to the progress of the elections and the OSCE report.

The Slovak side expressed its readiness to further develop economic relations in various fields. There are great opportunities that are untapped. She also welcomed the proposal of Chief Negotiator Mazi for the opening of a Slovak faculty in our country, with its curriculum, in Albania.This was a very warm, friendly, open and professional visit. 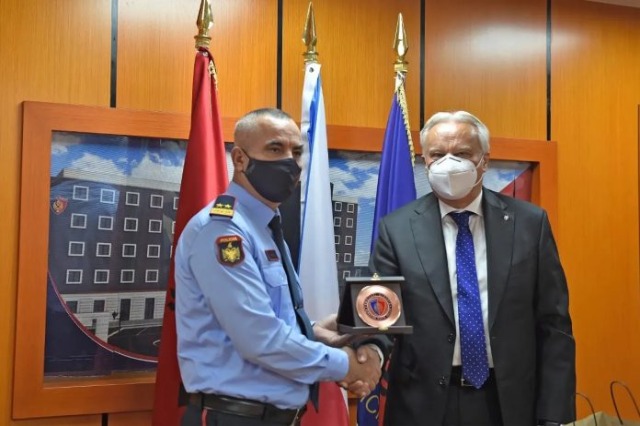