US Ambassador Yuri Kim has appealed to Albanians who will vote in the April 25 elections, saying that they should not sell their vote as it determines your future. Kim writes that they should not vote for criminals as citizens have the power to change and should not leave that power in the hands of the incriminated.

"Do not sell your right. Do not surrender your power to criminals. "Only you have to choose your future", Kim writes on twitter.

This appeal from Ambassador Kim comes after the message delivered by State Election Commissioner, Ilirjan Celibashi.

The head of the CEC, Ilirjan Celibashi, posted earlier the link of the portal that citizens can denounce corruption cases.
“Citizens! Report and report corrupt cases of vote buying and selling!, writes Celibashi. 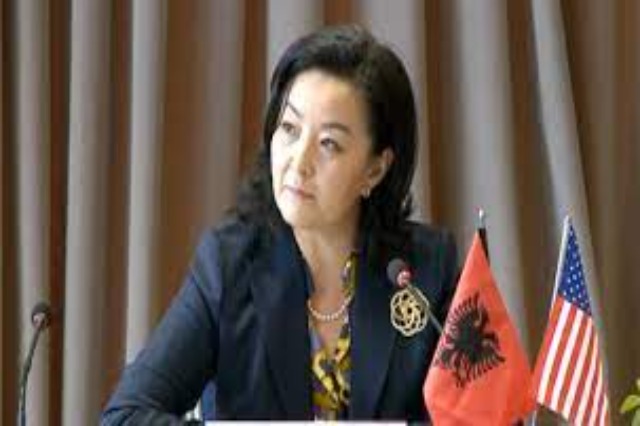