The ballet "Esmeralda" was staged on the Albanian stage in 1953. The National Theater of Opera and Ballet (NTHOB)has published some facts about the ballet "Esmeralda". The ballet "Esmeralda" had its premiere on January 11, 1953 and was staged by the ballet group of the Albanian Philharmonic. It was the Russian master of ballet Georgi Perkun who directed the second classical ballet as a director and choreographer influencing the technical and artistic rise of the ballet troupe. Stavri Rafael and the painter Vangjush Miho have the great merit in creating the environments of the time, in which the event takes place, realizing the scenographies for each ballet scene ", says the National Theater of Opera and Ballet, which has published photos of that time with artists .

NTHOB continues that master Panajot Kanaçi played a dual role in this ballet, as assistant ballet master and performer of the role of the priest Claude Frollo. According to NTHOB, not only the work with the artists, but also the work that was done for the artists' costumes, lighting, etc., were an added value to this work.

"The work as a decorator of Angje Noga, the costumes realized by the tailors Juli Vangjeli and Ropi Janllari and that of the stage and lighting technicians added artistic values ​​to this show", says the National Theater of Opera and Ballet about this work. Panajot Kanaçi, in 1945 was one of the first to create dance groups, performing miniature ballet and folk dances of different regions of Albania. He performed the first national ballet "Halili and Hajria", with music composed by Tish Dajia. Then he performed the ballet "Delina", "Sons of the Fisherman", etc. He was a tireless performer of folk dance, reaching high levels of processing such as "Dance of the Albanians", "Labe Dance ", "Myzeqare Dance ", etc. The history of the National Theater of Opera and Ballet begins in 1950, the year in which the Albanian Philharmonic was created, which included the state choir, symphony orchestra, lyric singers, ballet troupe, conductors, director and a small administrative-technical group . The Albanian Philharmonic carried out its activity in the building where the National Theater was located and later in 1953 it was transferred to the building where today is the University of Arts. The first opera and ballet performances took place in this building. 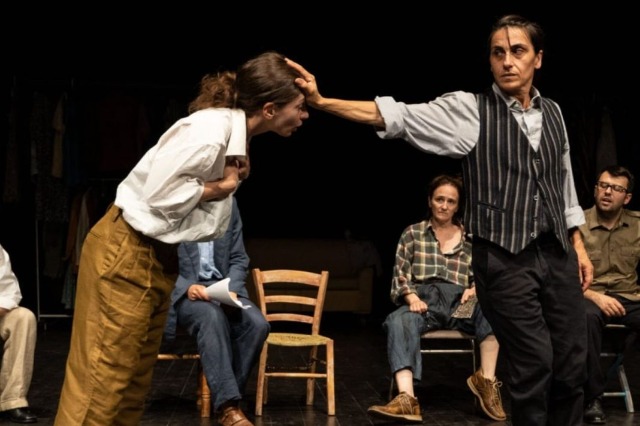 The Metropol Theater comes this season with a variety of activities