The Metropol Theater comes this season with a variety of activities

The Metropol Theater comes this season with a variety of activities. From theatrical performances, festivals, concerts and meetings or discussions with scholars and artists.

It started with the "Adriatic" Festival, on September 6-19, which was organized within the project AIDA (Adriatic Identity through Development of Arts), a joint and important project between Italy-Albania and Montenegro. "This festival, which explores the lives of countries bordering the Adriatic, will not have in its entirety not only performances from Albania but also from Italy, Montenegro and Kosovo. Also part of this festival will be three concerts by the Tirana Ensemble, which will open the festival ", explains the director of the Metropol Theater, Armela Demaj.

This project, which started a year ago, aims to create an identity model based on the collective awareness and memory of communities near the Adriatic Sea. The project has created cooperation networks with the cities of Lece, Campobasso, Tirana and Ulcinj, which together will be represented in Tirana during the festival nights with the play "Repair" directed by Cesar Brie and actor from all three countries. Metropol Theater as part of this project has specifically researched on the history and development of social and cultural events of the Kombinat neighborhood.

"Picasso and Einstein in a bar in Paris" will be put on the stage of the Metropol Theater on October 23-3.

Another premiere during the month of October at the Metropol Theater is the play "Oh those happy days" by Samuel Beckett directed by Arben Kumbaro and performed by Yllka Mujo. Also, the season will continue with the fifth edition of the Albanian work festival of the archive "Metrofest 5", which this year has chosen titles of previously unstaged works. Part of the season are also children's performances which will not be missing on the theater stages starting from the end of September. 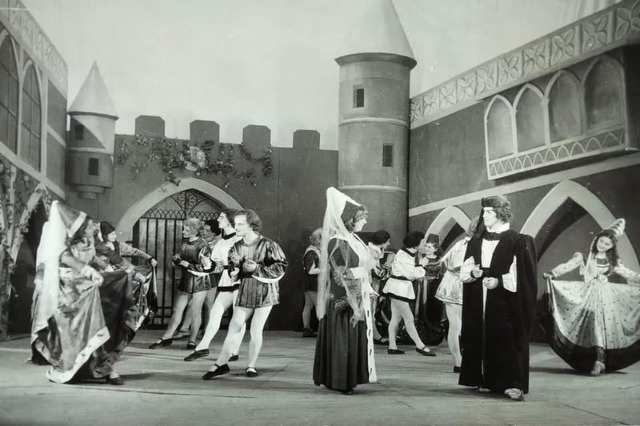